‍Whether through vocalizations or movement, most rodents, birds, and mammals alert us to their presence by the sounds we hear. Although it may be difficult to distinguish between some of these animals, the noises you hear are clear evidence of an infestation in your attic, walls, or garage. The descriptions below are meant to help you to identify common pests known to intrude on Fort Wayne homes.

When you hear noises you can't explain, it is best to call Armadillo Wildlife as soon as possible. Our initial consultation and action plan will clearly outline what you are dealing with and how we will rectify the situation.‍

Raccoons
Raccoons are incredibly vocal animals, with an extensive "vocabulary." They communicate with other raccoons utilizing more than 200 distinct sounds. These include snarling, hissing, purring, chittering, growling, whimpering, and even screeching. Baby raccoon vocalizations resemble that of kittens, with tones described as mewing, crying, and whining.

Raccoons also make themselves known when they scurry across the roof or attic. Because they are nocturnal, you will hear these sounds primarily at night.‍

Opossums
Opossums are primarily quiet animals, and they rarely make sounds that you will hear. There are a few exceptions which always occur when more than one opossum is present. They make clicking sounds during mating season and will emit a hiss or growl if threatened. Baby opossums will vocalize when crying a parent, although their "cry" sounds more like a sneeze. Clicking and sneezing vocalizations emanating from roofs and attics usually indicate that a den or nest is present.

You may also hear them moving around in the attic or basement. Because an opossum is a much larger animal than many other critters, you may be able to distinguish their activity from that of rats or mice.

‍Skunks
Skunks are typically silent, but not because they cannot make sounds. They usually vocalize when expressing fear or pain. Vocalizations may also be a warning to predators and may be in the form of a squeal, screech, whimper or hiss. They will even smack their lips and stomp if they are cornered or afraid. Most sounds are made by babies or juveniles, while adults have learned to trust their more odorous capability to protect them. Still, all skunks may be heard on occasion.

You may hear burrowing sounds as they build their homes, often under decks or along foundations.‍

Moles
Because moles live primarily underground in tunnels and burrows, it is highly unlikely that you will hear them making any noise. This is not to say that they do not make audible sounds – they are known to squeal, snort, squeak, or wheeze – and some even grind their teeth or make low, guttural sounds. But again, you will rarely hear a mole. It is far more likely that the mounds and tunnels in your yard will provide the primary evidence of their presence.‍

Bats
Bats make a variety of sounds often mistaken for other household pests. For instance, they can make noises which are similar to those of mice, such as screeching and scratching. They also emit a sound which resembles a cricket's chirp when flying. Like many rodents, they will let out a high-pitched shriek or squeal when in distress. Because they are most active at night, you are most likely to hear them at dusk or dawn as they leave and enter your home.

Bats can be identified by flapping sounds when in flight, or you may hear scratching or bumping sounds in your walls if they have become trapped. Their echolocation clicks are nearly impossible for humans to hear. You are more likely to hear the sounds of movement as they try to find their way out of a tight spot. Bats hibernate in the winter season – therefore, you may hear a lot of activity at the onset of cold weather, if they have decided to winter in your attic.‍

Squirrels
The primary vocalization of squirrels is a high-pitched barking sound, which they use to communicate with one another. They are also famous for their chattering and chirping. While many have likened it to being "scolded" by a resident squirrel, these are crying sounds they tend to make when scared or intimidated. These sounds are meant to warn you to stay back, as well as to alert other squirrels to possible danger. Oddly enough, gray squirrels have a variety of identifiable vocal noises which you can learn to translate and understand. Squirrel vocalizations differ based on the animal's age and gender. Baby squirrels make a very soft sound when they're hungry; likely a mechanism developed over time to keep their presence hidden from predators. Babies will emit shrill shrieks if they are scared.

Squirrels will scratch and scurry across your roof, familiar sounds for the Fort Wayne homeowner.‍

Birds
Birds are the most easily identifiable intruders. Flapping and fluttering noises in your attic will give away their presence, although bats can also cause these noises.

Bird vocalizations are as varied as the number of species, from singing to tweeting to squawking.‍

Groundhogs, also known as woodchucks, make several distinct sounds depending on the situation. Because they rarely intrude on your home, these sounds will not be the first indication of their presence – you will first see their holes and burrows. However, if you (or your dog) encounter a groundhog, they may chatter their teeth, a common reaction to being frightened, cornered or angered. They may also let out a shrill whistle to warn other area groundhogs of the presence of a predator, a kind of community alarm system.‍

Whether you hear flapping or scratching, shrieking or chattering – you will want to deal with a pest control issue in your home immediately. Call the experts at Armadillo Wildlife. Our trained wildlife control professionals will identify and remove any Fort Wayne area pest quickly and effectively. 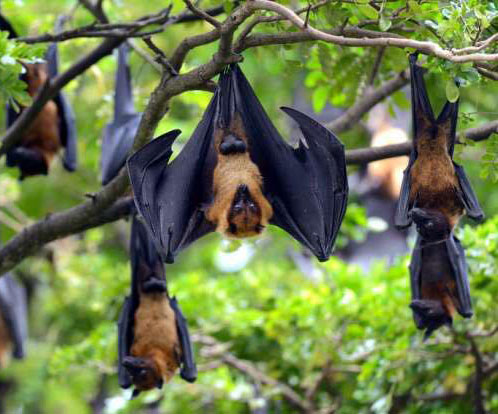