Animal Noises & Sounds in the Attic

Lying in bed after a long day, you are drifting off when you hear scurrying overhead. You immediately bolt upright, and sleeping is impossible knowing some critter has intruded into your home.

Noises in the attic are often the first indication of a pest control issue. All types of animals will make their home in your attic, and just like any upstairs neighbor, you are likely to hear them moving around. Rats and mice, raccoons, birds and bats, and squirrels are all known to have become attic dwellers here in the Fort Wayne area.  Armadillo Wildlife professional technicians have inspected thousands of attics over 20 years. We are proficient in not only finding the source of those creepy noises, but trapping, extracting, and excluding the intruders.

There are many distinct noises which you can hear emanating from your attic or crawl space. Some of the most common include scratching sounds, gnawing or chewing noises, scampering and scurrying, fluttering or flapping sounds, or heavy thumps. Depending on the pest involved, these noises may stay primarily in one place, or they may wander around. You may hear activity during the day, or the animals may become active overnight. No matter the type of noise you are experiencing, and what is causing it, one thing is for sure – you want them gone. Armadillo Wildlife is here to help.

‍An attic inspection is the quickest and easiest way to determine what is up there. But although sometimes the animal may be present or visible, it often runs away when a human approaches. Therefore we compile all of the available evidence in the attic, such as droppings, food sources, nests, and animal trails. Clues may also include how the intruder got in, and any damage they caused upon entry. We then use our knowledge from thousands of past extractions to identify which animal we will be removing.

Bats are nocturnal, so there is typically a lot of movement at dusk and dawn. However, any noises generated by bats are soft and barely discernible. If you become aware of bat noises, it is because you are dealing with a serious infestation. Bats do make slight scratching noises, and you may hear fluttering wings as they make their way through small spaces such as soffits. Bats often make their way into walls, and you may hear the noises in your walls before you hear them from your attic. If you hear soft squeaks or clicks coming from the walls, it may be a trapped bat.

‍Raccoons are known to be responsible for several different attic noises. Because they are primarily nocturnal, you are likely to hear more activity in the evenings, when they go out for food; and the early mornings as they return. They are not the most graceful or discreet animals and can make quite a bit of noise upon entry, such as thumps and crashes. Some customers report that it sounds like someone is breaking into the home. When breeding, raccoons will make sounds which more resemble two animals in a vicious fight. Their eventual babies will move about and vocalize during the daylight hours, making soft chattering sounds.

‍Mice and rats primarily make scratching sounds, both when they move around and when they are rearranging their nests. While most nocturnal animals leave your attic at night rodents, tend to stay and can be heard throughout the entire space. Many night sounds are likely to be from mice and rats. Because of the relative silence in the evening hours, you may mistake their sounds with those of a much larger animal.

‍Squirrels can be active at all times during the day, but they tend to sleep at night. As summer ends and colder weather approaches, you will hear the animals coming and going all day, looking for and storing food for the winter. You may hear acorns rolling around or dropping into cracks or walls. Squirrels may also be responsible for gnawing and chewing noises, but you will most likely hear scampering and scratching.

‍Birds
Bird noises tend to be limited to chirping and tweeting, which travels through vents. Because birds will build their nests in vent louvers, their vocalizations will echo through the open shaft and into your home. Birds are not the best navigators in enclosed spaces, so you may hear them running into eaves and framing when trapped in your attic and looking for their way out.

‍Sometimes we get into the attic and cannot determine the presence of any pest, whether through droppings, trails or nests. Therefore, the noises you are hearing may be best explained by animals running along your roof or dropping nuts on your home. Noise can travel through attic spaces and vents and can make it sound like they are in your home when they are simply on top of it. In these cases, Armadillo Wildlife will recommend a complete exclusion process. As the animals are already on your home, it is only a matter of time until they make their way inside. We will make sure their entry is blocked.

Sounds in your attic or walls should never be ignored. Not only have the animals intruded into your space, but they have left open access points for more animals to join them. In the process of entering your home, they likely did damage to your roof, eaves, or soffits. They may also be spreading airborne disease through droppings, or contaminating insulation and chewing wires. Animals should be identified and removed immediately.

If you hear any noises which you suspect to be an animal intruder, call Armadillo Wildlife right away. We know exactly what to do when we encounter any pest. Don't wait to reclaim your home. Call us today. 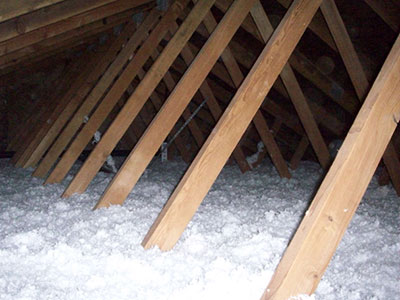